The Inscribe stylus by Incipio is responsive on both ends and, it pains me to say this, but it’s superior to the Samsung S Pen because the Inscribe’s nub works flawlessly on the menu and back buttons (a.k.a. the capacitive buttons) on my Galaxy phones. Samsung’s S Pen stylus doesn’t do that, shockingly – yeah, even on the Galaxy Note 2 (a phone I own and love – don’t get me wrong!). You’d think it would, but it doesn’t.

in other words, the Note 3’s capacitive buttons DO respond

to the S Pen, unlike the Note 2. This is one of the most

significant improvements of the Note 3 over the Note 2.

But the good news is I can use the firm nub of the Inscribe on the center home button on my Galaxies, because engaging the home button (which looks like a giant tic tac candy, a.k.a. the home hardware button. Maybe it should be called the hardpush button!) requires a forecful finger push. And you’d definitely never use the Samsung S Pen to do a forceful push on center home – it would break for sure.  So the size and strength of the Inscribe can do a forceful push on center home, easily, without worry. 🙂 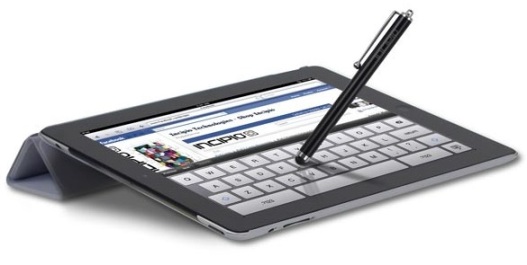 Priced at $14.99 the Inscribe has a real protected ink pen opposite the nub. Comfortable and stylish, the Inscribe works straight out of the box – it doesn’t need to be moist or damp or have any crazy requirement like homemade styluses you see on DIY YouTube videos, and homemade styluses are ugly anyway. I personally feel it’s worth double the retail price Incipio has assigned. The nub seems like it’ll last a long time. I find myself turning the stylus in my hand every now and again to maximize the life of the nub (although I think it’ll last a long time even if I don’t do that), that’s how much I like this stylus. Now my Galaxy S4 has a stylus – the Inscribe. So if you want a phone and a stylus but you don’t wanna buy the Galaxy Note 2, well now you have a solution for less than $15. Visit the site at www.incipio.com
Disclaimer re: compensation received: None. Unrelated gift received at a later time, i.e., gift was not pre-arranged and not given quid pro quo.