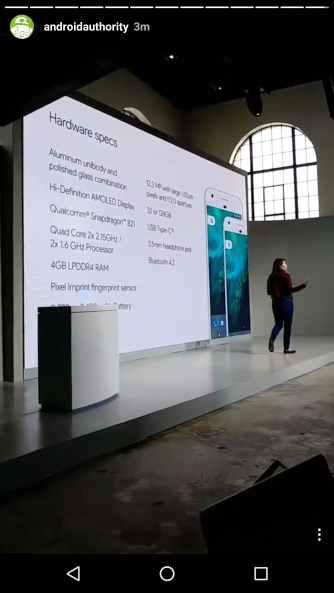 A flash poll conducted after last week’s unveiling of the Google Pixel smartphone revealed that tech enthusiasts were impressed by the new mobile device. Does Samsung have something to worry about? Maybe, given the unfortunate news about GN7’s catching fire.

The Pollfish survey, which polled 1,000 Android users on October 4-5, 2016, uncovered these insights on first blush reactions:

2. VIRTUAL REALITY IS BECOMING A REALITY—AND PEOPLE ARE EXCITED
61% of respondents are excited about the DayDream View VR, and intend to purchase the headset when it hits store shelves next month.

3. SCREEN SIZE MATTERS—THE BIGGER, THE BETTER
According to the Pollfish survey, over 49% of Americans prefer the larger Pixel XL (5.5-inch Quad HD) over the regular 5-inch Pixel with a 1080p screen (just 18%). That’s no surprise, given the new VR headset that allows you to use Daydream View on your smartphone screen.

4. BUT THERE’S ROOM FOR IMPROVEMENT
While tech enthusiasts are excited about the new gadget, the Google Pixel is far from perfect—25% of Pollfish’s respondents were disappointed that the device isn’t waterproof/water resistant. I totally agree with this. Anyone who knows me knows I love to rinse a phone to keep it looking like new.

Pollfish is a real-time mobile survey platform. Thanks to its proprietary database of 320 million mobile users, the Google Pixel Phone survey (you can see the entire survey here) was conducted in a fast manner, great for taking the temperature of initial reactions from the public.