We tried Tesla's 'Summon' feature — where you can 'summon' your car to meet you pic.twitter.com/GJdObvZkFx

This adorable, flying robot could be your next BFF pic.twitter.com/GsAPbFUtj7

The scooter market is on fire right now https://t.co/dM5s5bzp8D

Finally, someone has reinvented the crutches 👏 pic.twitter.com/6GSaY0iT8T

What Is Budgie? The Linux Desktop Environment That Feels Like a Chromebook https://t.co/RAgXuYGZo4 @linuxfoundation

Buy it, use it, break it, fix it, trash it, change it, mail, upgrade it – Robots dance their way to a #WorldRecord https://t.co/nsH8eKZpxf pic.twitter.com/fto4rnpJXS

How GPS tracking is changing football https://t.co/mVARxBKYVV From @1843mag

Researchers are now using generative adversarial networks (GANs) to generate faces, produce 3D models from images, turn blurry photos into high res images and a lot more. But it's real power goes beyond images. GANs are one of the best tools yet for computers to teach themselves.

My niece has talent. She made the above “sticker” via Snapchat in under 5 seconds. Luckily I created my Bitmoji around a week ago. The Gen Z kids these days – they’re so fast! Guess the animal year! Hint: It’s in the sticker 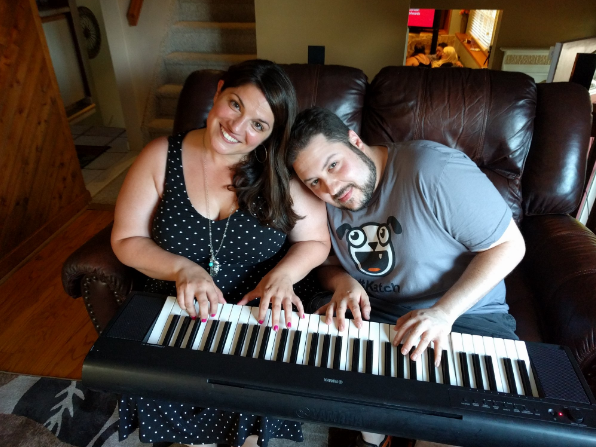 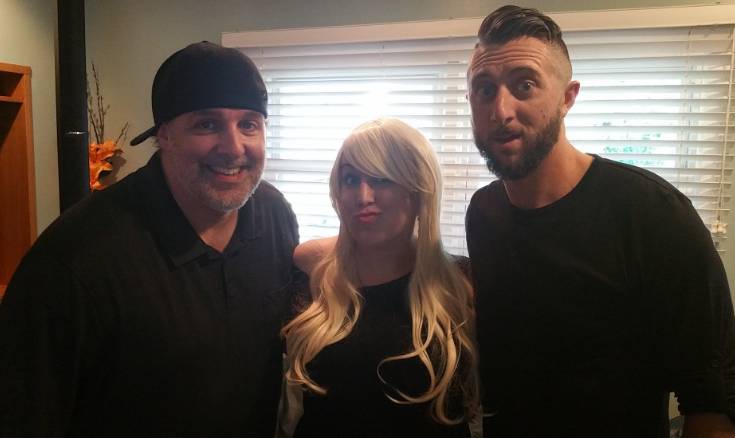 Click this image to go to Alex’s Periscope (“SocialAlex”) The future vs. the past; @LinkNYC kiosk vs. @BilldeBlasio's cell phone pic.twitter.com/itMvPaR77d

Hover over, tap, or click the below pics to see names and their links 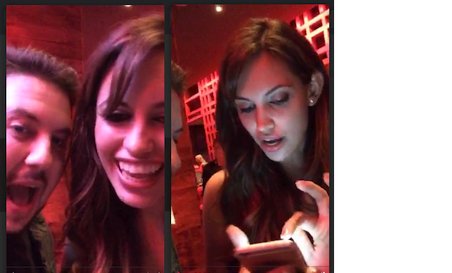 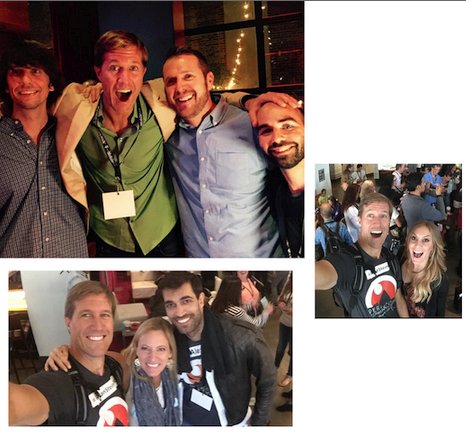 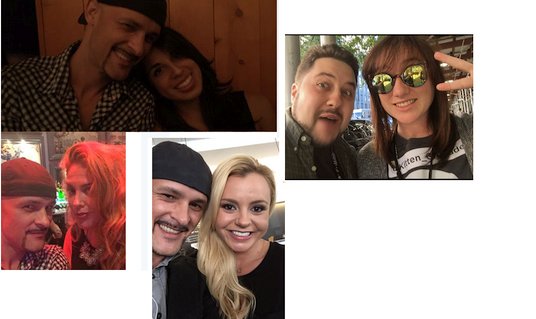 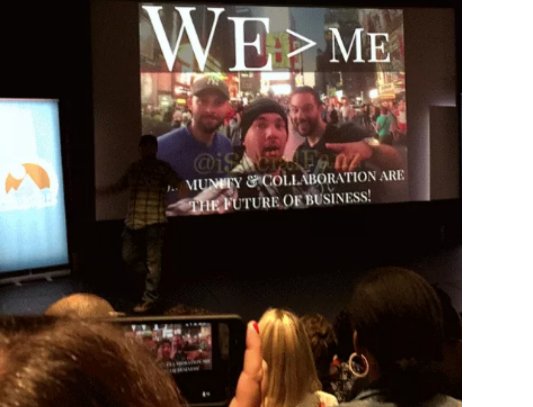 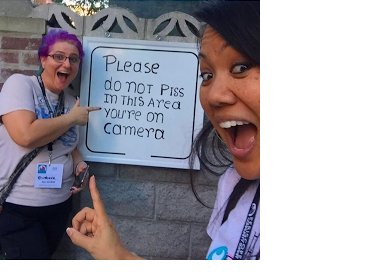 The pics above are from the first (New York City) Periscope Community Summit (Sept. 22-24, 2015) now known as Summit.Live
Oh hey ~ Click this link: ctt.ec/o61pH It’ll tweet this page. Be logged into Twitter first, though.

SeeMe, a global community of more than 1 million members, released a new mobile app in early June that takes content sharing one step further by turning social images into social products in mere seconds. Users are not only able to capture and share images, but also turn those images into one-of-a-kind all-over-printed t-shirts, that are immediately printed and shipped to their home. The mobile app is free and available at Apple’s App store now.

“Imagine being on a road trip and seeing a gorgeous field of sunflowers… the perfect photo. What if you could do more than just share that image online? What if you could turn it into something you can wear or gift to a friend?” says SeeMe founder William Etundi Jr. “SeeMe is bringing creativity back to the real world.”

Equipped with an Instagram-like newsfeed, a discovery function, and a socially connected profile, the app is designed to bring anyone’s images from the digital world into the real world. The app, which is free to download, is available for the iPhone.

Here is how the app works:
(1) Capture and post an image
(2) Swipe your or someone else’s image left and choose a product (e.g., t-shirt or postcard)
(3) Make it truly one-of-a-kind by customizing the image layout on the product
(4) Click “Buy” and your product is printed and shipped

Each one-of-a-kind printed t-shirt is $32. The image creator gets $6 of the purchase. Postcards cost $3 with the creator earning $1. Buyers are invited to pledge additional funds, up to $10, to the creator during checkout. SeeMe takes care of the everything else from printing to shipping and customer service.

Tonight, in celebration of the app and in the spirit of bringing online images offline, SeeMe revived its “Art Takes Times Square” event for the third year. SeeMe users were able to create images for two prominent Times Square LED billboards. I took a quick pic here.

SeeMe started in a Brooklyn loft as a scrappy art project created by founder William Etundi Jr. Since then SeeMe has evolved into an international business involving hundreds of thousands of creators and millions of viewers. Before SeeMe, Etundi was a renegade party producer whom the New York Times called “an impresario of the underground.”

Alex H. Yong: Hi Ingrid! Would you tell us how you became Tribeca Film Institute’s Director of Digital Initiatives? Ingrid Kopp: Yes, my background is in television. I’m from South Africa but worked in the U.K. at Channel 4 before moving to the U.S. At that point I wasn’t doing very much around digital but I always wanted to know more about technology’s effects on documentary filmmaking. I’d have conversations with TV engineers about cameras and broadcast quality and what types of technologies affected what kinds of stories we could tell.

I was working with a global online network for independent filmmakers called Shooting People, running the New York office. I was teaching classes for filmmakers, such as how to use the internet for marketing, and ways to use online communities.

I realized a new world was emerging, a world that wasn’t confined to using the web just as a promotional tool, but the tools and media themselves were changing and influencing what could be produced in the first place. For example, some people were experimenting with films where interactive elements, such as online choices, were added. It became apparent this world would continue to grow – The rise of social media, web tools becoming cheaper, smartphones where you could record footage and play it back on the same device – All these were fueling the growth.

I was speaking and writing about what I saw as this emerging world within storytelling, and connected with the Tribeca Film Institute. They invited me to work with them on a new fund, the TFI New Media Fund, which launched in 2011 with the Ford Foundation. So I said yes and eventually became Tribeca Film Institute’s Director of Digital Initiatives.

Alex H. Yong: You’ve been quoted as saying that it’s good to look outside one’s usual circles. Would you elaborate?

Ingrid Kopp: Yes, for example, Twitter is a platform I find useful because it allows you to dabble in different worlds that you’re not fully a part of. What I’ve learned regarding indie films and storytelling, is that it’s beneficial to look outside of film because we need to learn from developers, designers, the NGO community, activists and others. Twitter is where a lot of those conversations are taking place. It leads to info on what’s happening in other disciplines, and that’s key to pulling in many pieces of knowledge.

We want to collaborate with coders and others in the tech industry. We’re in our fourth year (editor’s note: They’re in their ninth year as of 2019) at the Digital Initiatives department and we’re happy to say the community has grown, plus we’ve learned a lot – It doesn’t feel like we’re at step one anymore, which is nice. We’re delighted to build strong collaborations with the broader tech industry and others who like what we’re doing.

For me, there were definite learning curves because my background was in TV, specifically documentaries. ‘Interactive’ meant I was forced to think about code, UX and UI, and the audience doing active things, not just passively watching something. Years ago, if you were in the film industry you’d mostly go to film festivals and film conferences, but now we also attend tech conferences, design conferences, interdisciplinary events. There you might find journalists trying to better understand data journalism, or museum designers thinking about interactive installations. Everyone’s trying to figure out what interaction means for their industry, especially online. Technology moving forward brings enthusiasm to us here at TFI because of the creative world we’re in – Everything’s exciting on the creative front, the technology front, the audience front, all around.

Alex H. Yong: Your Twitter bio mentioned constant thought. What do you mean by that?

Ingrid Kopp: Constant thought is required for digital storytelling because you’re thinking about it from the creative’s point of view and how artists and filmmakers can be supported. But then you’re also thinking about the audiences, about how projects reach them and how they’re invited to engage. And even when you’ve thought about both, things can change quickly. One obvious constant is change, and so you’ve got to be on your toes.

Often, when one problem gets solved, another comes up, but as a film institute and as artists, we encourage people to think about what’s “timeless.” How can stories be created that aren’t just jumping on a new tech bandwagon? We’ve learned that you’ve got to look beyond the technology – it’s about the story. Sometimes, the more the technology gets in the way, the less successful the story is. For example, I don’t have all the answers on the future of Oculus Rift, or where browser technology is headed, but we stay informed because we have to. But at the end of the day, it’s still about filmmaking, and the story is always key. Stories that can be told 10 years from now are important.

Alex H. Yong: This was my first TFI Interactive (#TFIi) Week. It was packed with activity – I was overwhelmed, in a good way. Were there others?

Ingrid Kopp: Yes, this was our third TFI Interactive Week. All departments within TFI as well as our grantees, and of course the Tribeca Film Festival, and many others take part. For us, it’s as much about the audiences too, not just the presenters. We realize some people are working on these very same issues – and throughout the week, they get to meet each other. Sometimes projects come out of that, and that’s really great. Building a community around this space is key. Attendance has been up every year – People relish the opportunity to hear stories and new thoughts and then apply the experiences to their work.

Alex H. Yong: What kind of funding can artists get via the TFI New Media Fund? And would you talk more about what excites TFI Interactive?

Ingrid Kopp: Grantees have received between $50,000 and $100,000 each. These are sizeable grants because we like to see projects realized. We’ve funded 17 projects so far, including incredibly sophisticated works such as Hollow and Use of Force. Through the fund, we’ve also been able to include projects into the Tribeca Film Festival’s Storyscapes exhibition module – We’re excited about that because Storyscapes emphasize how powerful storytelling can be when told across different interfaces.

We’re also proud of the global hackathons we host throughout the year – These hackathons build community by bringing diverse sets of people into teams to solve a challenge within a set timeframe, usually 2-5 days. Overall, TFI is excited by diverse projects, global ones too – Immigrant Nation and 18 Days in Egypt are just two examples. They’re diverse not only in subject matter, but also in the way they’re created, which includes the use of various technologies.

Alex H. Yong: Thank you, Ingrid. I’m glad I learned more about TFI and its Digital Initiatives department. I look forward to #TFIi 2015!