You know controversy isn’t my thing, so I’ll start off with some news, then I’ll hit you with something which came into my blog’s email inbox. CEO Jon Lee says it's harder to raise money from VCs in software. Despite this, @ProsperWorks has raised $34 million. #CheddarLIVE pic.twitter.com/VoEQmzCVL7

Okay, so the below info came into my blog’s email inbox. I’m not agreeing or disagreeing with it because the issue is complicated, though some would have you believe otherwise. Sharing it with you all:

“Tech:NYC [1/30/2017] sent a letter to President Trump from more than 400 leaders of technology companies and investors in New York detailing the long-term damage his Executive Order on immigration could have on the United States economy. The letter [is] at TechNYC.org/TrumpEO, where it will be updated as more names are added.

Tech:NYC’s Executive Director, Julie Samuels, also authored a blog post about why so many in New York’s tech community were compelled to write the President. Tech:NYC represents the city’s fast-growing, entrepreneurial high-tech industry with government, civic institutions, in business and public policy forums, and the media. Its primary goal is to continue to attract tech talent and jobs to NYC, to support the growth of the technology sector, and to increase civic engagement by leaders of the New York tech community.” 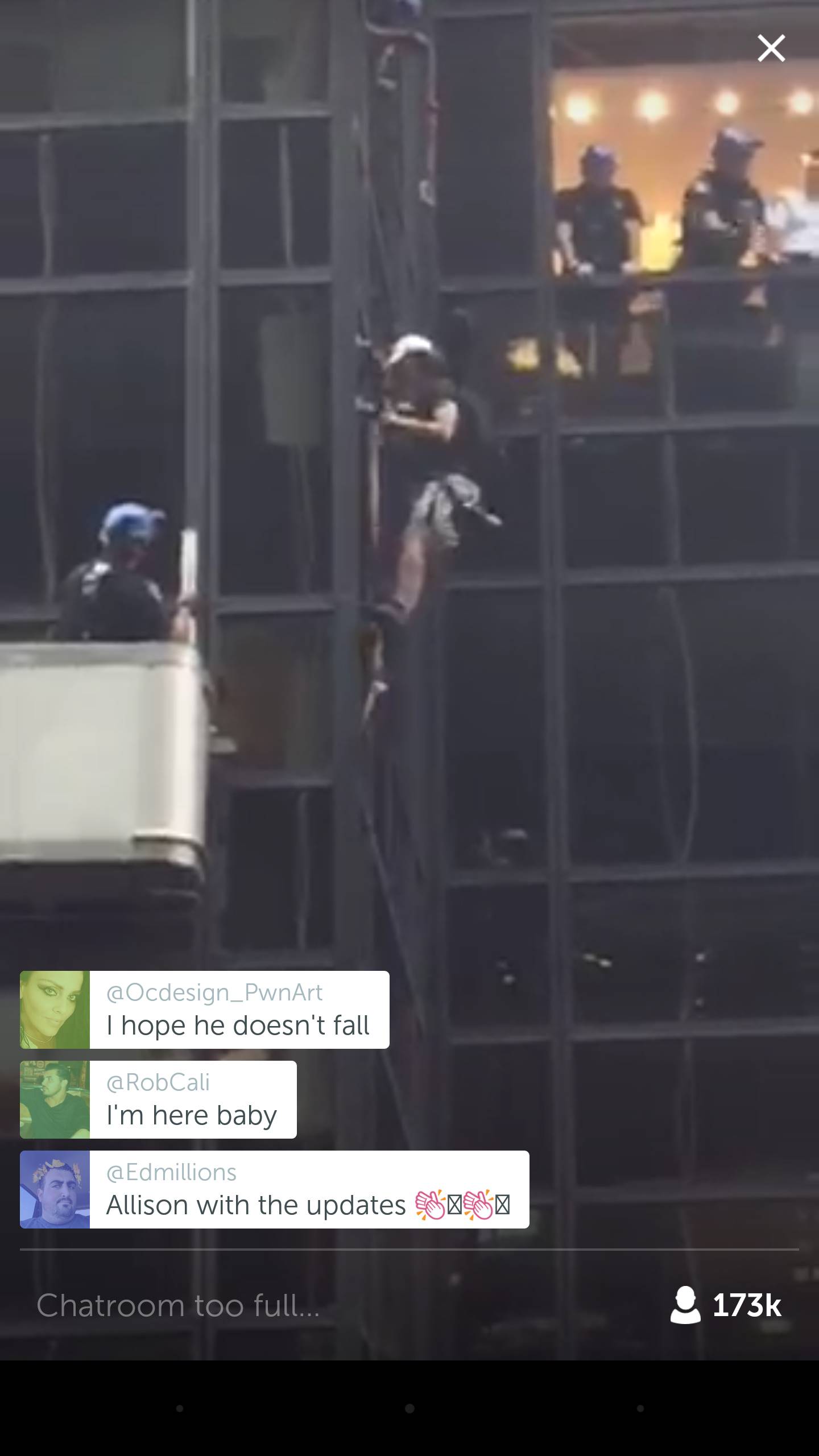 Here’s how it ended, LOL

Periscope user Gerald Iorio got 386.4K viewers while he showed what was happening, with an additional 270K+ replay viewers (and growing) with a peak “concurrent” viewer reach of 204K, which means “204K total Periscope viewers viewing the same moment in real-time” 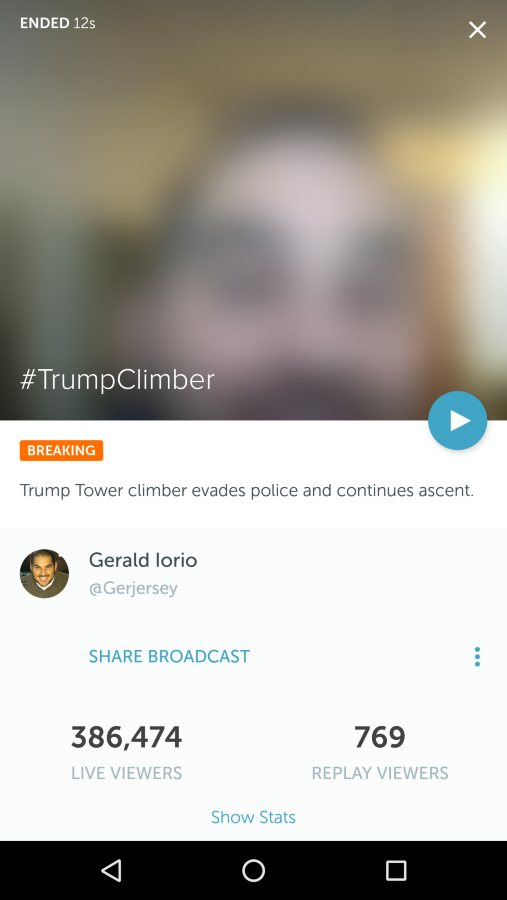 Addendum: On FacebookLive (user unknown) one broadcast had over 220K concurrent viewers. Let me tell you, heavy rain was in the forecast, and fortunately for the climber, the skies didn’t open up on him. That would’ve been bad.